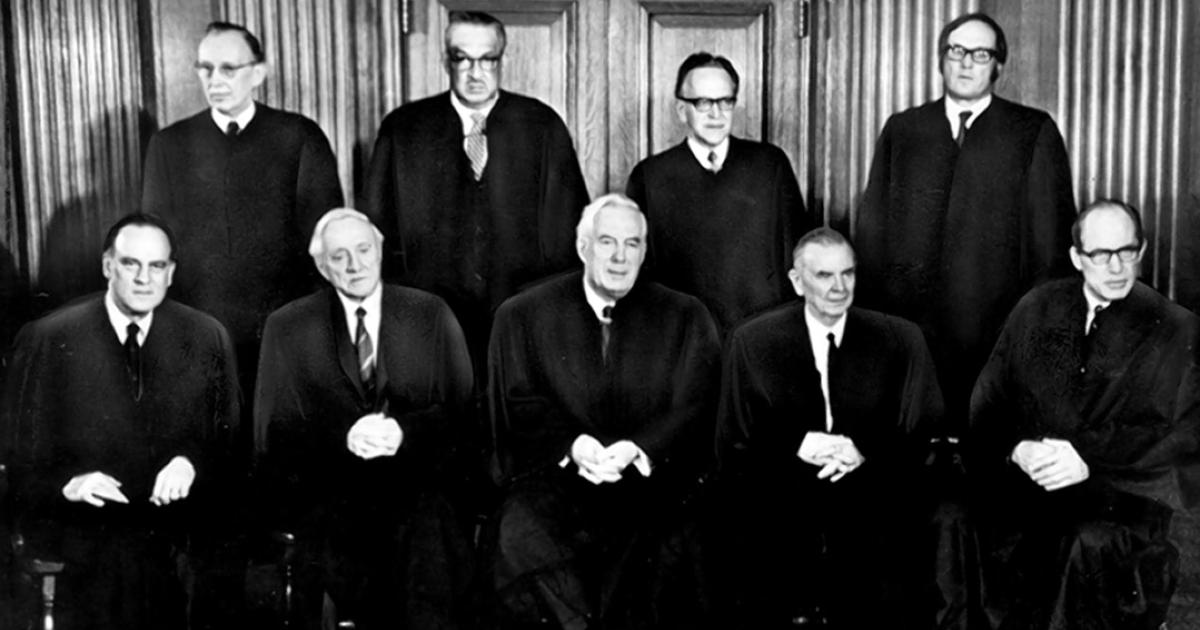 When the United States Supreme Court handed down the Roe v. Wade decision on January 22, 1973, it ALSO handed down Doe v. Bolton.

The fact that this second decision, equal in impact to the first, is rarely mentioned should concern us greatly. As Writers for Life founder Charles N. Marrelli reminded us in a recent e-mail, Doe v. Bolton did nothing less than remove any restrictions to abortion, thus worsening the effect of Roe v. Wade.

The Doe v. Bolton case defined the “health of the mother” in such a way that any abortion for any reason could be protected by the language of the decision. Its definition of health includes “all factors—physical, emotional, psychological, familial, and the woman’s age—relevant to the well-being of the patient. ALL these factors may relate to health.”

As if that language were not bad enough, in his concurring opinion Justice William O. Douglas opined: “The vicissitudes of life produce pregnancies which may be unwanted, or which may impair ‘health’ in [410 U.S. 179, 216] the broad Vuitch sense of the term, or which may imperil the life of the mother, or which in the full setting of the case may create such suffering, dislocations, misery, or tragedy as to make an early abortion the only civilized step to take. These hardships may be properly embraced in the ‘health’ factor of the mother as appraised by a person of insight. Or they may be part of a broader medical judgment based on what is ‘appropriate’ in a given case, though perhaps not ‘necessary’ in a strict sense.”

READ >>  We Will Be Victorious!

In other words, the Bolton decision took up the matter of the state of life in which an expectant mother may find herself at a given moment and then proceeded to excuse her decision to have her baby killed. After all, as Douglas points out, sometimes killing that baby may be the “appropriate” path to take!

Such judicial arrogance completely blows my mind, even after 44 years. So I must ask: Why aren’t pro-lifers talking about this case more? Why aren’t we explaining repeatedly that no human being, including a Supreme Court justice, has the right to define a baby out of existence simply because his mom may be down on her luck or having a rough day?

No wonder our culture is steeped in apathy!

The tragic Bolton health definition puts a nail in the coffin of every preborn baby in just a blink of an eye. Because of this, we must feel compelled to talk about it more, and we must have a burning desire to make it clear that when we say we are opposed to the 1973 Supreme Court decisions, we are talking about BOTH of them.

In a paper about abortion, Professor Charles Rice taught: “Before 1973, state and lower federal courts increasingly recognized the personhood rights of the unborn child with respect to his right to recover for prenatal injuries and wrongful death, to inherit property, and to get a court to compel his mother to get a blood transfusion to save his life.”

But then Roe and Doe happened, and even at that evil hour when the justices were preparing to unleash abortion on demand in every state, they at least had the presence of mind to admit that if the personhood of the preborn is established, then Roe and Doe collapse. Why? Because the preborn child’s right to life would be guaranteed by the 14th Amendment of the Constitution!

So there you have it.

We are called to serve the Lord in this work and to defend every innocent human being—born and preborn—without compromise, without exception, and without apology. For as St. John Paul II teaches in Evangelium Vitae: “To defend and promote life, to show reverence and love for it, is a task which God entrusts to every man, calling him as his living image to share in his own lordship over the world.”

Pray for our nation. Teach your children the profound truths about the value and dignity of the human person. Use the CLSP tools to teach your children that abortion is wrong. And encourage all people to speak out and defend the vulnerable by becoming activists for life!

Let’s get to it! There’s no time to waste!