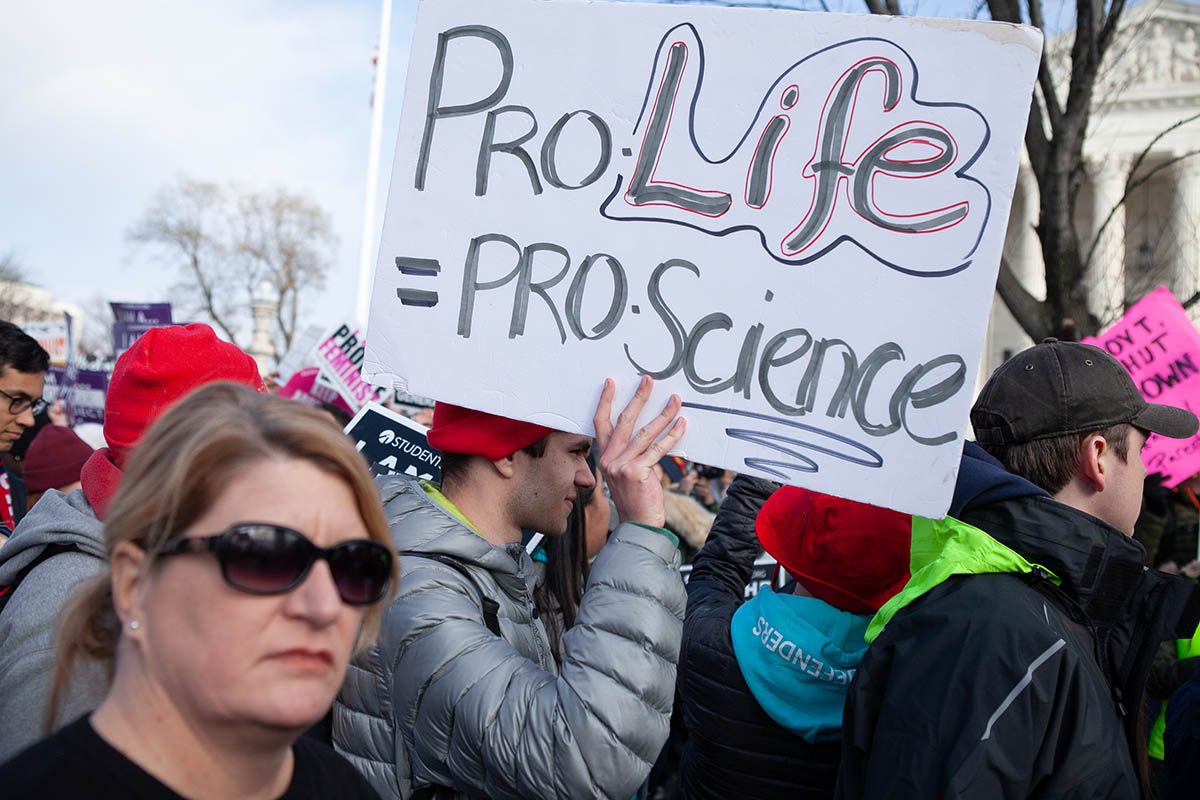 When New York Times writer Mary Ziegler ended her article entitled “The Abortion Wars Have Become a Fight Over Science,” she quoted Jeanne Mancini of the March for Life, saying Mancini recently wrote that

“the abortion debate isn’t settled, but the underlying science certainly is.”

“Whatever either side may wish, that could not be farther from the truth.”

In other words, debunking facts in a newspaper article makes the truth false even though those facts are rock solid.

In America today, the preborn who are beginning their lives, and the elderly and ill who are confronting their immortality, are all lumped together in the propagandists’ book of death, which teaches that personal choice protects any act that renders the victim unwanted and, therefore, better off dead. When the expectant mother wants to be un-pregnant, her choice is abortion. When the doctor or a loved one wants a failing family member to get out of the way, the choice is euthanasia, whether imposed by assisted suicide, drug overdose, palliative care, or hospice malpractice.

How we got here would take volumes to explain, but there is one thing that is crystal clear. In a culture so steeped in disrespect for human dignity, those who cherish and defend life will be demonized. We are labeled fanatics, ignoramuses, or, worse, racist!

Accepting truth is not what such haters are interested in. But that’s all right because, when we work for God and defend His innocents at every stage of life, we do not need human respect. All we need is the courage to move forward.

In a culture so steeped in disrespect for human dignity, those who cherish and defend life will be demonized. We are labeled fanatics, ignoramuses, or, worse, racist!

As one writer stated:

“To serve a Culture of Life is to follow Christ. Without discipleship, whatever our good intentions, clever political maneuvers, or ecclesial documents say or do, our message will be nothing more than ‘resounding gongs or clashing cymbals’ (1 Cor 13:3). Yet, with God’s grace, Spirit, and example, we can set out to build a Culture of Life in a society that so wishes to contradict and destroy it because ‘nothing will be impossible for God’ (Lk 1:37).”

And we cannot forget the wisdom of a dear friend and holy priest Father John Hardon, S.J., who prescribed precisely what we need to do to stop the culture of death. His words are worth repeating:

There are three main sources of grace available to us from the mercy of God. Let me tell you this needs to be memorized. What are the three main sources of divine grace, or what we are calling superhuman power. They are prayer, sacraments and the practice of virtue. If we use these means and use all three the grace will be given to us and through us to others.

PRAYER: One of the greatest prayers we can say is the rosary. Father Hardon taught:

“Our Lady, who first gave Christ to the world and who still gives her Son to those who believe in him” tells us even now, “as she told the servants at the wedding feast of Cana, ‘Do whatever he tells you’ (Jn. 2:6).”

By praying the mysteries of the rosary, we engage our minds in the beauty of Christ’s life and His beloved mother’s role in His life and in ours. As our greatest intercessor, Mary gives us the help we need as we seek the strength to move forward in our efforts to defend Christ’s children.

SACRAMENTS: Reception of the sacraments, especially Holy Eucharist, fills our souls with Christ’s real presence, preparing our hearts for the battle.

PRACTICE OF VIRTUE: Devoting ourselves to practicing virtue will help us humbly shine the light of Christ’s love toward others, illuminating the truth and moving forward in our quest to defend life.

In order to engage the enemy and overcome the evil in our midst, we must accept our need for this spiritual fuel that fills our human engines with the zeal to fight back by shining the light of truth in the darkness created by the three Ds of death.