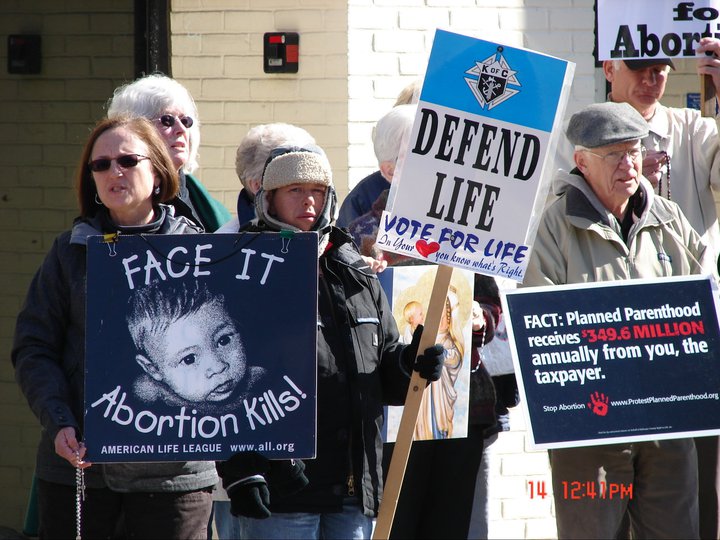 Washington, D.C. (22 August 2008) – Despite vandalism and intimidation attempts, American Life League Associate group, Dubuque County Right to Life, Inc. promised to keep up the fight against the nation’s largest abortion chain. Previously, Dubuque was the largest city in Iowa without a Planned Parenthood.

The Dubuque pro-life community was able to halt the opening of a Planned Parenthood in 1990, and is determined to protect the community against the abortion giant once again.

Planned Parenthood of East Central Iowa says the business will distribute contraceptives (which can cause chemical abortions), conduct sexually transmitted disease testing, and perform cancer screenings, but will not perform surgical or medical abortion.

“We’ve heard that before,” said Jim Sedlak, vice president of American Life League and noted expert on Planned Parenthood. “This organization has a pattern of infiltrating the community by saying, ‘But we don’t do abortions!’ Experience with this industry giant tells us it is only a matter of time. They work by wedging themselves quietly into the community and then simply adding ‘services’ like surgical abortions.”

Brody agrees. “Planned Parenthood will now introduce an abortion pipeline into Dubuque, not previously in place, will continue to separate parents from their children under the veil of secrecy, and not report cases of child and statutory rape as mandated by law,” he said.

American Life League was cofounded in 1979 by Judie Brown. It is the largest grassroots Catholic pro-life organization in the United States and is committed to the protection of all innocent human beings from the moment of creation to death. For more information or media inquiries, please contact Katie Walker at 540.659.4942.