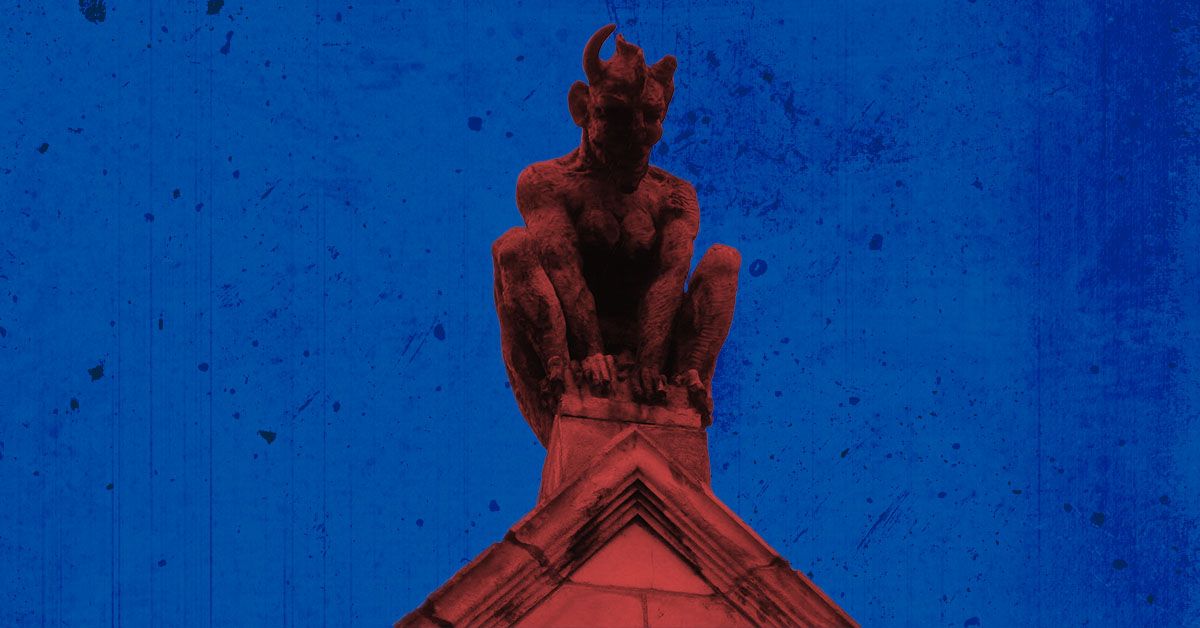 Demonize: to portray as evil

In the ongoing struggle to protect the alleged right of mothers to have their preborn children killed by abortion, the culture of death focuses on many false reasons to abort, including domestic abuse. Based on the fact that abortion-restriction laws are being passed in various state legislatures, pro-aborts argue that domestic abuse will increase because it is harder for expectant mothers to have their babies aborted.

Is pregnancy threatening to the mother, we ask, or is it the domestic abuser?

In a recent article entitled “The Hidden Link between Domestic Violence and Abortion,” LySaundra Campbell writes: “Abortion restrictions have direct and harmful effects on people in domestic violence situations, especially those seeking reproductive services without their abuser’s knowledge. Financially burdensome and medically unnecessary requirements—like making multiple trips or traveling long distances—makes obtaining abortion care difficult for those whose daily tasks, bank accounts, and access to friends and family may be controlled by an abusive partner.”

Campbell, a gender and racial equality activist, claims she has worked in shelters that house expectant mothers who are suffering abuse at the hands of their male partners or husbands. Among Campbell’s references is a five-year-old medical article that suggests that abusive men become violent toward their sexual partners when abortion is denied. We presume she means even more violent than they already are.

But violently killing an innocent human being to appease a man who has no respect for the mother of his preborn child or the child himself is not the answer.

While there are no words to express our heartfelt concern for mothers or expectant mothers who are victims of domestic violence, we do not believe that their preborn children should be violently killed. Appeasing an abusive man by killing his baby makes no sense.

We are not alone in this view.

Stacey Womack, executive director of Abuse Recovery Ministry Services, explains: “Domestic abuse isn’t about any one particular behavior. It is a pattern of behaviors used to gain and maintain power and control in an intimate relationship. It is never a one-time event, and it always includes multiple forms of abuse.”

Womack helps us to see what some do not want to admit: Domestic abuse will not be ended by violently killing an innocent preborn child. The violent male perpetrator is the problem, not the baby.

Mary McClusky of Project Rachel Ministries tells us that, for the “woman who has suffered violence, abortion adds further layers of trauma—not least the death of her child—from which to heal.” To underscore her point, McClusky recounts the story of Candace Pickens, a loving mother of a 3-year-old son, who was brutally murdered by Nathaniel Dixon who wanted her to abort his child. She refused, and he murdered both Candace and their preborn baby.

However, the jury in the case did not find Dixon guilty of two murders, only one. The baby’s life did not count.

Frankly, the way we see it, there is no logical explanation for the pro-abortion argument that laws restricting abortion contribute to the escalating anger and hatred that boil over in an abusive man until he maims or kills the expectant mother and their preborn baby.

If we want to resolve such barbarism, the culture must embrace the expectant mother and her child, walk with her through the agony and pain she has already suffered, and do all we can to protect her from the ruthless male.

Suggesting that killing her baby is a way to stop the violence of her mate is akin to telling a terrorist that killing more people will help him become a civilized member of society.

In either scenario, killing is not the solution; stopping the violence by bringing abusers to justice is what is needed.

The pro-abortion sham arguments regarding domestic violence and pregnancy only betray their real objective, which is to demonize pregnancy at all costs. This is why they never use the word mother or never admit that, by advocating abortion as a solution to domestic abuse, they are themselves barbarians.

Pregnancy is not evil; abortion is. Expose these hypocrites by supporting efforts to end domestic violence. We can do this by loving and affirming the mother and her children while working to punish the crimes of the coldhearted male, not killing an innocent baby.

For more information on the ministries that care for women and children suffering from domestic violence, see catholicsforfamilypeace.org and focusministries1.org.