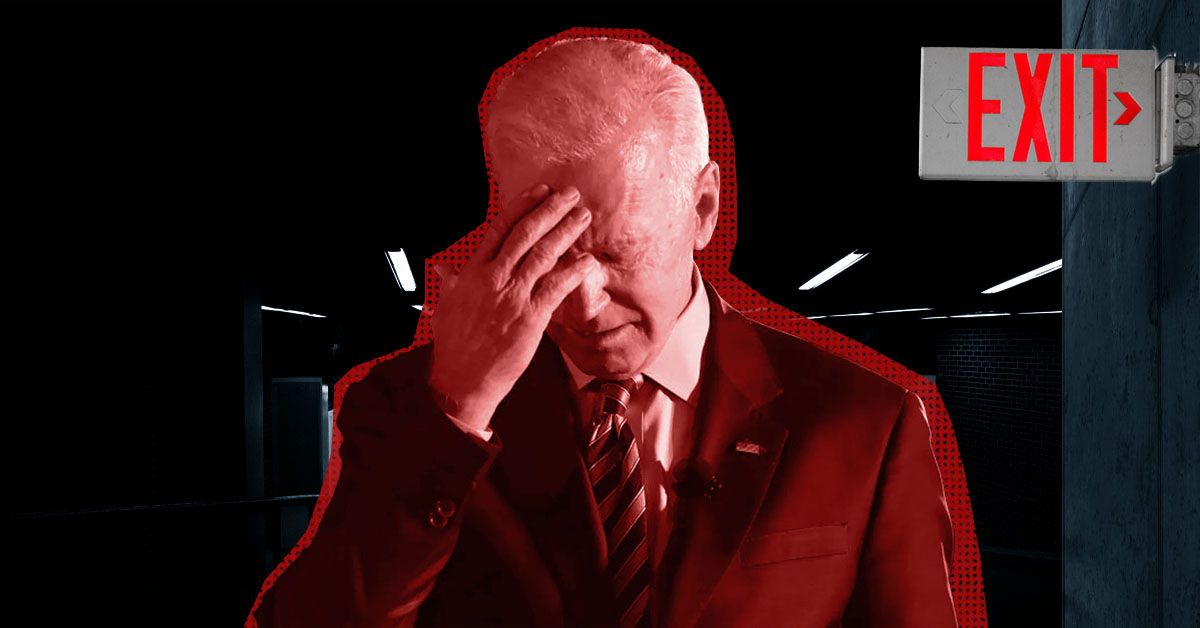 The president of the United States and members of his team consistently claim that he is a devout Catholic. But anyone with even a rudimentary understanding of Catholic teaching on abortion knows this is a lie. One cannot be pro killing babies and, at the same time, claim to be Catholic.

Perhaps Joe does not know this fact: “Abortion is not merely ‘not in keeping’ with Christianity—it is the destruction of and antithesis of our faith. It is not merely a sin—it’s a delict, a horrific sin that is more descriptive of the behavior of pagans who worship bloodthirsty demons than for the people God has called unto Himself.”

And maybe he never learned the Fifth Commandment: “You shall not kill.”

Possibly Joe does not know that the baby is a human being from the time his first cell is created. Maybe he failed biology in high school. Who knows?

Whatever the reason, the point is simply this: Joe Biden is not a Catholic. And, according to Catholic teaching, he excommunicated himself from the Church long ago when he began advocating that this heinous act of murder is nothing more than a woman’s decision.

As Catholic Answers explains: “Automatic excommunication for abortion (CIC 1398) applies not only to the woman who has the abortion, but to ‘all those who commit this crime with knowledge of the penalty attached, and [this] includes those accomplices without whose help the crime would not have been committed’ (Evangelium Vitae 62).”

Surely a Catholic lawmaker or president who makes the act of aborting a baby possible is a willing accomplice. His actions have made abortion legal and available.

Of course, there are caveats—such as the lack of awareness that what a woman is doing when seeking an abortion is a violation of God’s law—but this is not Joe. He claims to be a devout Catholic, so he should know that killing an innocent human being is a crime against God—the Creator of every human being.

This may not be the case when a woman chooses to kill her baby and is unaware that what she is doing is agreeing to the murder of an innocent person. Only God can know her heart because she is a private citizen, and her opinions and actions with regard to abortion are not a matter of public record.

Not so with Joe.

We also know that excommunication is, according to some canon law experts, a sticky wicket. This is why we have consistently called on the bishops to simply step up and proclaim that Joe Biden may not receive the body of Christ in the Eucharist until he repents publicly for his public support of abortion.

But the bishops dally, they contemplate what Eucharistic Coherence really is, and they do everything possible to avoid defending Christ from sacrilege.

So who is really the guilty party here? And how many souls have been lost because Biden has made a public proclamation by his actions that you CAN be Catholic and pro-abortion?

We are concerned for everyone involved. Eternity is a very long time. So, during Holy Week, we ask everyone who reads this to pray with us that Joe Biden publicly repents of his support for baby murder and that the bishops be the witnesses to truth God has called them to be. We need heroic apostles for Christ, and we need them now.

It is long past time for the bishops to state publicly and with one voice: Joe, just go!