Home . Publications . Dancing with the Devil 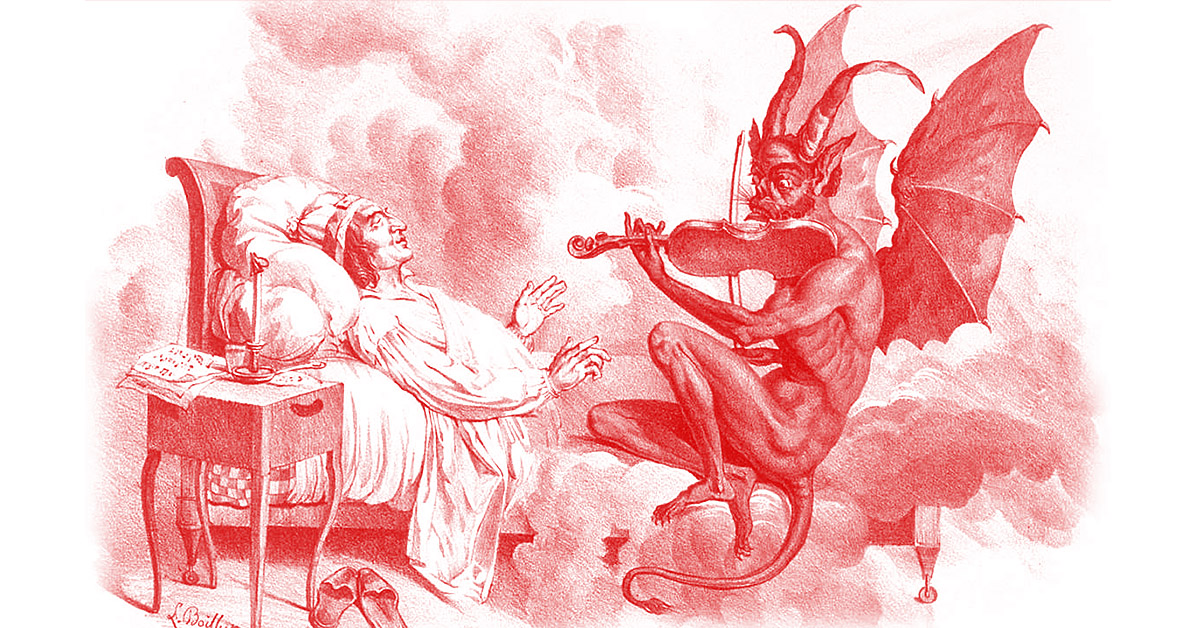 In this era of personal truth versus universal truth as set forth by God, human beings can get into all sorts of trouble. By using personal opinion to replace objective truth, awful things can happen.

We see an example of this in Georgia, where politicians put together the state’s exception-laden Fetal Heartbeat Bill. Attorney Gualberto Garcia Jones analyzed the proposal and warned:

Pro-life organizations are dancing with the devil by quietly supporting this morally flawed bill. They are abandoning the least of God’s own image bearers in the hopes of a political win and this will inevitably result in losing the blessings of God.

We all know how this dance with the devil ends, for the devil doesn’t change, he only knows how to lead us to death.

Agreeing to some exceptions still results in some dead babies. We must be 100 percent pro-life—not 75 percent, not 90 percent, not even 99 percent. The personhood principle is negated every time a flawed bill is supported by these people. And yes, abortion is always the death of an innocent child, not to mention the soul of the perpetrator.

Agreeing to some exceptions still results in some dead babies. We must be 100 percent pro-life—not 75 percent, not 90 percent, not even 99 percent.

Abby Johnson, the former Planned Parenthood director whose personal walk toward truth, Unplanned, has become a hit movie, was interviewed earlier this month. Her description of Planned Parenthood’s tactics on the subject of God is worth reading:

“He knows everything about you and he understands you’re not in a position right now to be a mother,” Johnson said she would often tell potential patients.

Johnson worked at Planned Parenthood for eight years before leaving after seeing a pregnancy terminated via ultrasound, which sparked her conversion to the pro-life movement.

In another example, we see fury over Oklahoma’s Senate Bill 614, which addresses chemical abortion pills such as RU-486 and would require medical offices to post a notice informing patients that abortion pill reversal is available by contacting the Abortion Pill Reversal 24-Hour Hotline. This proposal has incensed the media. In fact, one news report about this proposed law deceptively states that

“the reversal theory is not accepted by the vast majority of the medical establishment and seems to track back to a San Diego doctor and anti-choice activist named Dr. George Delgado.”

This is another example of a media truth that has nothing to do with the truth. You see, Dr. Delgado is part of a growing network of physicians who attempt to reverse the abortion pill, as this coverage shows:

Dr. Matthew Harrison, a Charlotte, North Carolina-based family practitioner, was the first doctor to use progesterone injections to reverse RU486. A colleague in the organization of pro-life physicians to which Dr. Harrison belongs, San Diego-based doctor, George Delgado, published the first peer-reviewed clinical research on the topic. Dr. Delgado first conducted his own abortion reversal in 2009.

Together with Dr. Harrison and Dr. Mary Davenport, Dr. Delgado formed AbortionPillReversal.com in 2012. They started with a 24/7 hotline and a website, but initially the physician network was rather small. APR now has more than 300 doctors in 45 states and 13 foreign countries, but Delgado wants to recruit many more.

Sadly, reporters who have their own truth have not told readers the real truth. They, along with Planned Parenthood, lawmakers with phony agendas, and pro-lifers hungry for a Pyrrhic victory, all have one common characteristic—their own truth.

You can see the point as surely as night follows day. When human beings create their own truth and leave God in the dust of their personal truth, nothing good will come of it. Dancing with the devil is always deadly.