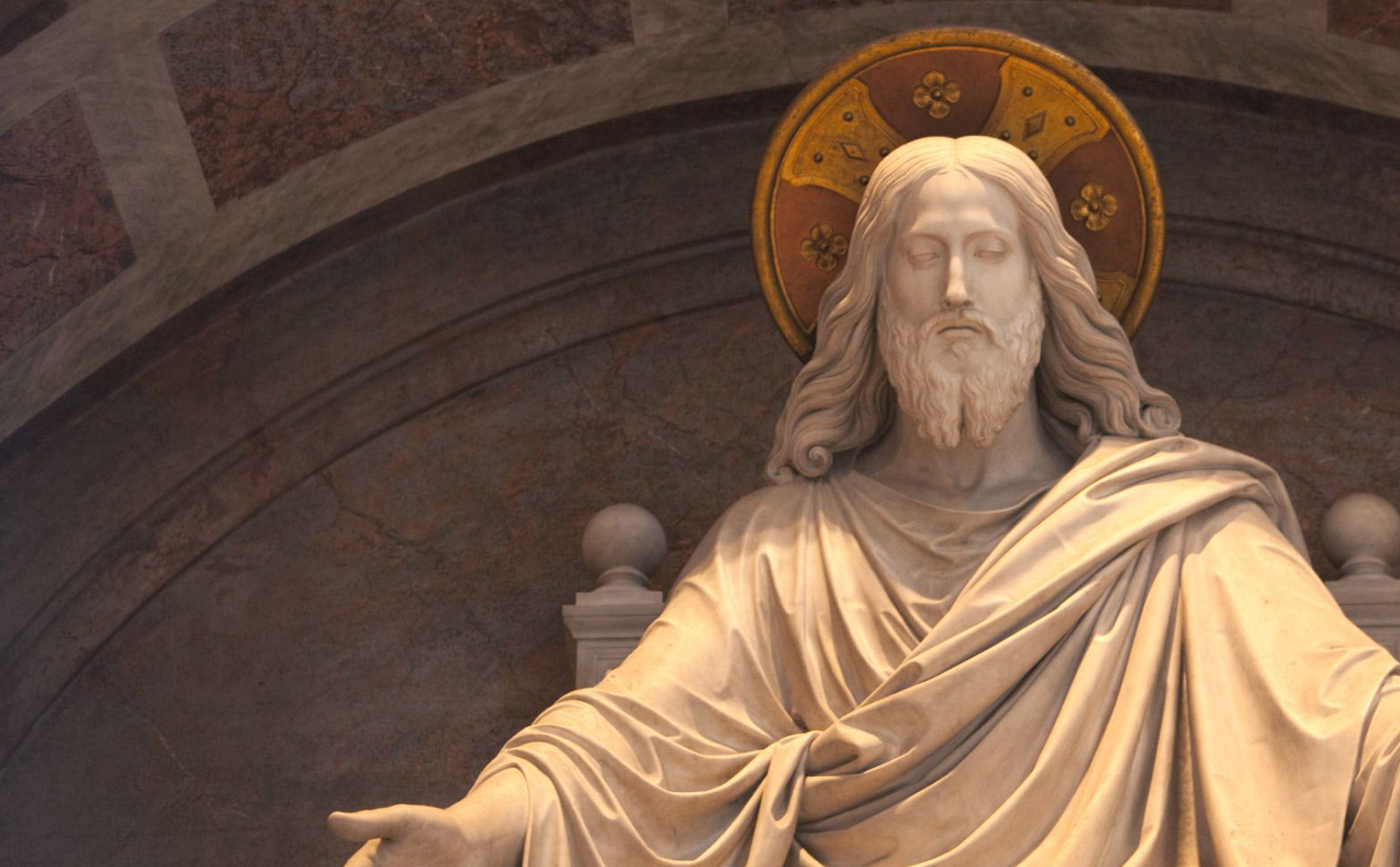 In 1938, a peasant Austrian farmer named Franz Jägerstätter had a prophetic dream. His dream, actually more of a vision, was that of a shiny, beautiful train—a train headed straight into the pit of hell. Jägerstätter wrote the following description in his essay “On the Question of Our Day: Catholic or Nazi”:

Can one be both [a Catholic and a Nazi] at the same time? Once when the Social democrats were in power in Austria, the Church said it was impossible for a Social Democrat to be Catholic too—and now?

Let me begin by describing an experience I had on a summer night in 1938. At first I lay in my bed until almost midnight, unable to sleep. . . .  All of a sudden I saw a beautiful shining railroad train that circled around a mountain. Streams of children—and adults as well—rushed toward the train and could not be held back. . . . Then I heard a voice say to me: “This train is going to hell.” Immediately it seemed as if someone took me by the hand and the same voice said, “Now we will go into purgatory.” An oh! so frightful was the suffering I saw and felt, I could only have thought that I was in hell itself if the voice had not told me we were going into purgatory. Probably no more than a few seconds passed while I saw all this. Then I heard a sigh and saw a light—and all was gone. I woke my wife right away and told her what had happened. Until that night, I never would have believed that the suffering in purgatory could be so great.

At first this traveling train was something of a riddle to me, but the longer our situation continues, the clearer the meaning of this train becomes for me. Today it seems to me that it is a symbol of nothing but National Socialism, which was then breaking in (or, better, creeping in) upon us with all its many different organizations. . . .

In Germany, before Hitler came to power, it was once a matter of policy to refuse Holy Communion to Nazis. And what is the situation today in this Greater German Reich? Many approach the Communion rail with apparently no spiritual misgivings even though they are members of the Nazi Party and, in addition, permit their children to join the Party or even turn them over to Nazi educators for formation. . . . Has the teaching authority of the Church already made or approved the decision that men may now join a party that is opposed to the Church? . . .

I believe there could scarcely be a sadder hour for the true Christian faith in our country . . . than this hour when one watches in silence while this error spreads its ever-widening influence. . . . Thus I believe God has shown me most clearly through this dream, or revelation, and has convinced me in my heart how I must answer the question: Should I be a National socialist—or a Catholic? . . .

If, in all earnestness, we consider the time in which we now live, we will be forced to admit that the situation in which we Christians . . . find ourselves today is much more desperate and bewildering than that faced by the Christians of the early centuries in the time of their bloodiest persecution. Many will perhaps ask themselves why God had to make us live in such a time as this. . . . And it is still possible for us, even today, with God’s help, to lift ourselves out of the mire in which we are stuck and win eternal happiness—if only we make a sincere effort and bring all our strength to the task. . . .

I believe God has shown me most clearly through this dream, or revelation, and has convinced me in my heart how I must answer the question: Should I be National Socialist—or Catholic? I would like to call out to everyone who is riding on this train: “Jump out before the train reaches its destination, even if it costs you your life!”

Who was Franz Jägerstätter?

READ >>  When Society Rejects the Value of a Human Person

I would never even have heard of this obscure and seemingly insignificant farmer were it not for the Terrence Malick’s 2019 Cannes winning film A Hidden Life beautifully dramatizing his heroism.

In a nutshell, Jägerstätter—a farmer in mountain village of St. Radegund, Austria—was conscripted into the German army of World War II, where he refused to take the obligatory oath of loyalty to Hitler. Jägerstätter simply could not promise loyalty to a false ideology. This was not a gut reaction based on mere emotion, but a decision carefully thought through, fully cognizant of the consequences of his rebellion. He was thus imprisoned, and despite the attempts of all for him to simply sign the document affirming his allegiance to Hitler, he remained steadfast. His prison letters to his family showed the face of a true martyr. He repeatedly asserted that he could not swear an oath to a political party whose tenets were in absolute contradiction to the Catholic faith. Aside from arguments imploring him to consider his wife and children and the suffering they would endure, other factors used in trying to sway Jägerstätter included the historically true and seemingly worthy attempts by Hitler’s National Socialists to help the poor and destitute with social programs and financial aid. Regardless, he could not “lie” by signing an oath he did not believe in and which directly contradicted his Catholic faith.

Despite his sense of duty to his beloved family, his love of Eternal Truth superseded any other love, even for his wife and children. Jägerstätter was sentenced to death by a military tribunal. On August 9, 1943, steadfast in his refusal to compromise on the absolute moral certitude of his Catholic faith, Franz Jägerstätter was beheaded, suffering a true martyr’s death. Witnesses of his prison experience remember his generosity and kindness, his sharing of his meager rations with others, and his devotion to the rosary. He was beatified by Pope Benedict XVI on October 26, 2007, with his story described in the Linz cathedral as “the most concrete and illustrative commentary on the Beatitudes that I have ever heard.”

READ >>  The Void of Reason

What was the political and religious context of Jägerstätter’s prophetic dream?

In March 1938, the German Wehrmacht entered Austria. Soon thereafter, the Anschluss Annexation of Austria by Hitler was complete and even ratified by Austrian popular vote. Before the Anschluss, the Catholic Church in Austria was well aware of the Nationalist Socialist party’s vulgar characteristics, including its pagan ideology and the brutality of his fanatic followers. Naziism’s vague and obtuse attempt to pretend to be consistent with Christianity sparked the Bishop of Linz to write in a pastoral letter—read aloud in every parish of the Linz diocese—that “Nazism is spiritually sick . . . with what is quite simply sham Christianity.” He commented on the “abhorrent heathenism” of the Nazis, which “must therefore be resolutely rejected.” Four years later, the bishop declared: “It is impossible to be a good Catholic and a true Nazi.”

Members of the National Socialist Party were not permitted entrance to receive Holy Communion. In what seems almost anathema to modern American hierarchal pastoral correctness, shepherds of the Church took a public stand to condemn a major political party.

This absolute refutation of being authentically Catholic while simultaneously being a member of a certain political party is eerily reminiscent of many traditional Catholic voices in America today. Alas, this Catholic absolutism in Austria was quickly brushed aside by the winds of change and relativism. Nazi Party members were eventually allowed access to Holy Communion. Indeed, the primary shepherd of Austria, Cardinal Innitzer, endorsed a “Yes” vote for Hitler to his flock, and in honor of Hitler’s birthday ordered all Austrian churches to fly the swastika flag and ring their bells in honor of the Führer.

While our modern righteous sensibilities are aghast to contemplate this, the historic context where the lives of Austrian Catholics were at state may give some contextual perspective. The presumed hope by the hierarchy was that “cooperation” with the Nazi regime would spare the Church in Austria persecution and suffering—something the early Christian martyrs confronting Rome did not seem to have as part of their paradigm.

READ >>  The Anti-Catholic Catholics (and the Bishops Who Support Them)

Does not the Church still today, at times, fly flags to “cooperate” and “compromise” with ideologies we do not necessarily agree with simply to be “inclusive” with a faux charity contrary to the true faith?

Franz Jägerstätter was distressed at his nation’s tolerance of such an objectively evil political party—so much so that he compared the compromise to the decision of the biblical populace in preferring Barabbas over Jesus. The choice was that of the crooked road over virtue, the willing choice of death over life, the choice of the “shiny train” on its seemingly easy ride with its social benefits over a path of truth and sacrifice.

Does any of Blessed Franz’s story apply to the 2020 election in America?

The gamble to cooperate with the Nazis did not bode well for the Austrian Church, and instead of Catholics receiving a “free pass,” the hierarchy sadly found its faithful clergy to be all-too-often imprisoned and martyred for their beliefs. Compromise with absolute evil is like playing with fire in the worst possible way. The right of citizens to vote has consequences for their nation’s immediate, remote, and eternal future. Wise choices—choices true to Catholic heritage—need to be made. And if any real question remains about the Christian values of the two major political parties in America, perusal of their official platforms leave little to the imagination.

What are today’s “trains to hell” in our cultural mores? Can a specific political party in 2020 be said to be a “train to hell”? Let us vote wisely, for the sake of our families and for future generations in America and indeed the world. While true that “God is in charge,” it is also true that God gives us a free will to willingly choose good or choose evil. While we rest assured of God’s final victory, one should wonder, as did Blessed Franz, how much needless human suffering—completely avoidable—would be the result of poor human choices before the ultimate victory is achieved.

Fritz Baumgartner, MD, is a surgeon working in California and specializes in cardiothoracic, vascular, and general surgery. Dr. Baumgartner graduated from UCLA School of Medicine in 1984 and finished his Cardiothoracic Fellowship in Vancouver at the University of British Columbia. He has been married to his lovely wife for 19 years and has 3 amazing daughters. Foremost in his life has been the desire to preserve the Hippocratic respect for all human life—from conception to natural death.