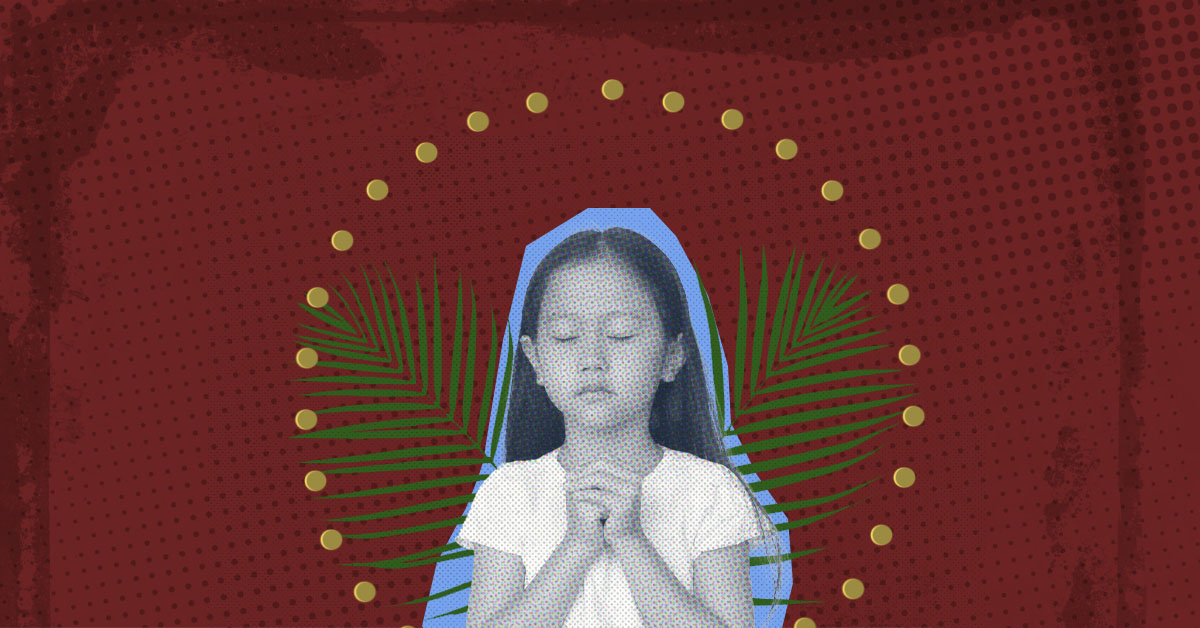 Stories of the bravery of saints can motivate Catholic bishops to do wonderful things for their flock and for the world.

For instance, there is an amazing story of an 11-year-old Chinese girl named Li who, during the Boxer Rebellion of 1900, was praying unnoticed in the back of a Catholic Church when Chinese nationalist forces entered that Church and desecrated the Eucharist. Young Li watched soldiers throw a ciborium containing 32 blessed hosts to the floor, scattering the Eucharist everywhere.

She told her parents what she had seen, and for 32 consecutive nights she returned to the Church, prayed a holy hour, and consumed a host from the floor of the Church. But on the 32nd night a soldier in charge of watching that church saw her and beat her to death.

When her story reached the ears of Archbishop Fulton J. Sheen, he was so moved by it that he started spending an hour before the Eucharist every night, and he did so faithfully until his death. In fact, a couple of months before he died, he told Li’s story to a reporter.

About 1,600 years earlier than Li’s martyrdom, a Roman youth named Tarcisius died at the hands of bullies rather than allow them to desecrate the sacred hosts he was carrying to a prison. As Tarcisius lay dying, he said, “I had to protect the Blessed Jesus.”

Martyrs for the Eucharist at such a young age, these children could well become the inspiration our Catholic bishops need today.

In spite of this, as the bishops focus on preparing a document on the Eucharist for their November meeting, we hear troubling stories.

This past week, in the Diocese of Steubenville, Ohio, Bishop Jeffrey Monforton suggested that racism and human trafficking are on the same moral footing as abortion and euthanasia and that none of these should be supported. Well of course such crimes should not be supported in any way. But that is really not the point; it is a deflection.

The point is that there are Catholics in public life who are sanctioning the wholesale killing of innocent human beings without remorse and, apparently, with impunity as far as many bishops are concerned. Such people should be denied the body of Christ because of their pro-abortion public statements and actions.

Ryan T. Anderson explains it beautifully, pointing to the arrogant, as was the case with the defiant congressman Ted Lieu:

In another world, this would present an earnest opportunity to teach wayward Catholics that denying Christ’s Eucharistic presence and flouting his commandments separate one from his body, the church. Instead this all gets turned upside down. Progressives and their surrogates accuse the bishops of “politicizing” and “weaponizing” the Eucharist. They claim to be devout while denying a class of human beings legal protections—all while daring the bishops to do something about it.

It is with this public rhetorical battle in mind that we wonder why our bishops cannot look to Tarcisius and Li rather than hesitating before the Catholic pro-abortion zealots in our midst. It may be politically correct for bishops to avoid the Ratzinger instruction, the teachings of St. Paul, and the facts of Canon 915, but that is really not what bishops are called to do.

The bishops are called to deny the body of Christ to any public figure who is openly (manifestly) supporting any offense against the dignity of the human being, whether slavery—which is the worst form of racism—human trafficking, or any of a number of crimes against persons that exist in our society today.

By using language to distract people away from the obvious—that there are elected officials who are Catholic and who support without apology the wholesale murder of the innocents—the bishops are not teaching, they are hiding.

This is why we earnestly hope and pray that the bishops will turn to the child martyrs of the Eucharist—Li and Tarcisius—who gave their lives in defense of the body of Christ. These children can show the bishops the way, as Li did for Archbishop Sheen, who “knew that Little Li understood perfectly that the Blessed Sacrament is Jesus, Light of the world and the joy of all hearts. O how He longs for people to treat Him with respect and to pay due reverence to Him in the tabernacle when we go into our churches.”

And so we pray: Tarcisius and Li, intercede for our bishops that they, like you, may see how much Christ longs for people to treat Him with respect.