Home . Publications . Carr Was Wrong When He Wrote the First Document on Catholics and Voting 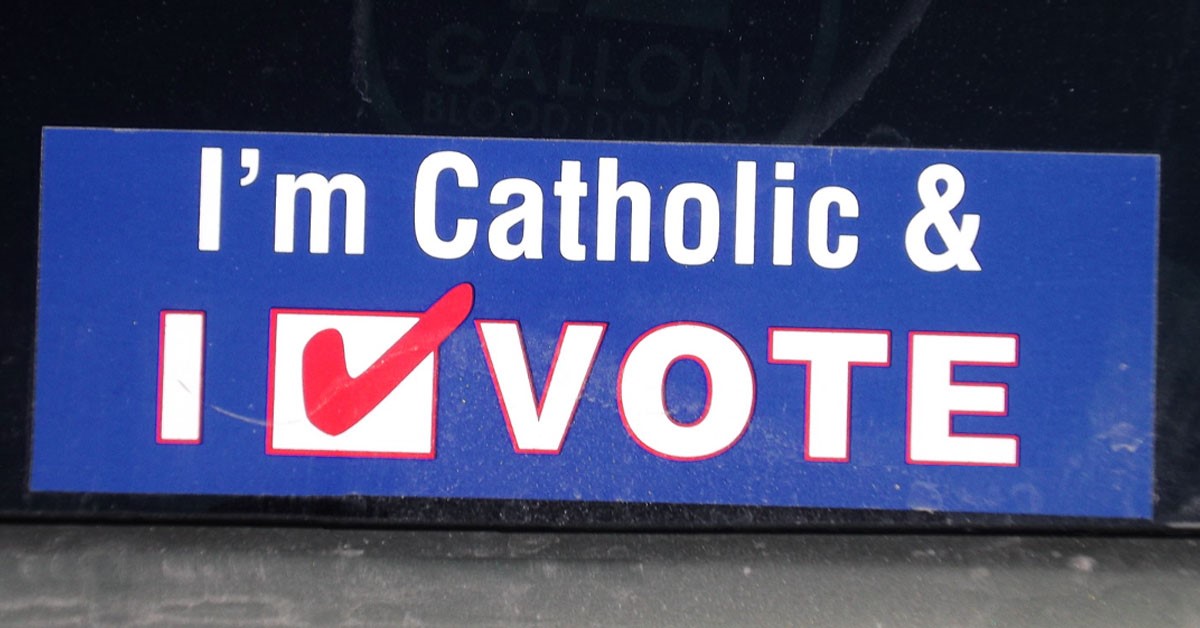 America Magazine seems to be in overdrive these last few weeks with the upcoming presidential election, seeking desperately to reassure Catholics that one can indeed vote for pro-abortion candidates if there are proportionate reasons to do so . . .

. . . which there aren’t. But that’s not going to stop them from trying.

Enter John Carr, formerly with the United States Conference of Catholic Bishops and most notably the overseer for the scandal-plagued Catholic Campaign for Human Development before he removed himself to teach theology at Georgetown University.

Carr has long been considered an internal opponent to pro-lifers within the USCCB and one of the primary champions of adulteration when it came to the USCCB’s guide on Catholic citizenship — particularly with matters pertaining to voting.

Fast-forward to the present day. Carr’s objections to the latest USCCB guidelines in America do not seem entirely centered on any substantive opposition to the Republican nominee but rather upon the USCCB’s inclusion of Pope Francis’ rather strong statement about the preeminence of the right to life in the November 2019 document entitled “Forming Consciences for Faithful Citizenship” — a contest which Carr et al. decidedly lost.

The paragraph in question comes from Gaudate et Exsultate, which states in part: “Our defense of the innocent unborn, for example, needs to be clear, firm and passionate, for at stake is the dignity of a human life, which is always sacred and demands love for each person, regardless of his or her stage of development. Equally sacred, however, are the lives of the poor, those already born, the destitute, the abandoned and the underprivileged, the vulnerable infirm and elderly exposed to covert euthanasia, the victims of human trafficking, new forms of slavery, and every form of rejection.”

Carr’s complaint was that the USCCB document did not go further by citing the rest of the paragraph, which reads: “We cannot uphold an ideal of holiness that would ignore injustice in a world where some revel, spend with abandon and live only for the latest consumer goods, even as others look on from afar, living their entire lives in abject poverty.”

Fair enough. Every pro-life Catholic and every seamless garment Catholic is in total agreement on both aspects of the paragraph.

But where most Catholics agree, Carr would rather use the second half of the paragraph to torture out a different interpretation of what Francis actually says.

That becomes the problem for Carr’s insistence that he cannot lend his support to an otherwise pro-life nominee and must, as an obligation of conscience, vote for the Democratic nominee. Carr writes: “In my view, the failure to include the full Pope Francis quote was a mistake and describing abortion as the pre-eminent priority is an incomplete and overly narrow moral criterion.”

What is this “overtly narrow moral criterion,” one might ask? Well, it is Pope Francis’ first paragraph of Gaudate et Exsultate, namely the commitment that abortion and euthanasia are always and in every case an intrinsically evil act.

Carr writes: “In November 2019, U.S. bishops again debated ‘Forming Consciences for Faithful Citizenship.’ Several bishops, led by Bishop Robert McElroy of San Diego, argued that the current document was inadequate for these times, failed to reflect the mission and message of Pope Francis and relied on the category of ‘intrinsic evil,’ which he argued was the wrong way to frame political choices. Conference leaders and the majority of bishops rejected the call to develop a new document.”

There we have it.

If one believes abortion and euthanasia to be “intrinsically evil” choices that can never be legitimized by law or comparison, then Carr’s argument is not only false but utterly incomprehensible in the eyes of the Magisterium of the Church.

Yet if one seeks equivocation that permits a litany of horribles to sneak under the door, and if one alternately rejects the urgency of questions pertaining to life and death, then Carr can indeed create equivocations such as these:

Defenseless unborn children have a compelling claim on our consciences as a matter of justice and our duty to protect “the least of these.” We must oppose the destruction of the lives of children before birth, and we must recognize the scale and gravity of this issue. Just as the unborn have a special claim on our consciences, so too do those who suffer from the legacy of slavery and continuing racial injustice have a unique claim on our consciences and action. We must be clear that Black lives matter, especially when Black Americans are being killed before our eyes. When Covid-19 leads to the deaths of more than 185,000 Americans, when an economic crisis, health and other disparities disproportionately threaten the poor, vulnerable and communities of color, I believe the protection of the lives and dignity of all God’s children should be the moral imperative in this election year.

Of course, questions of injustice and disease are grave and serious. Yet no one—not even Carr—can point toward the White House and accuse the president of creating the pandemic. No one—though Carr might be tempted to do so—points toward the current administration and suggests that the legacy of racial and social ills began in 2017.

Yet what one can point toward is a Democratic nominee whose stance on abortion is entirely synchronized with the nation’s #1 abortion provider—Planned Parenthood. Lest it be forgotten, this is the same Planned Parenthood built during the eugenics era for the explicit purpose of eradicating racism by killing off minorities.

Let us be very clear on this. As of this moment, COVID-19 has killed nearly 200,000 Americans, not because the White House has sought to kill a soul as a matter of policy, mind you, but through a definitional act of God. Black Lives Matter — whatever it began as — serves as a politically engineered weapon that is burning and looting American small businesses toward a political end.

The fact of the matter is that there is no policy question that can compare with the legalized killing of over ONE MILLION innocent babies. Let that number sink in, and imagine holding a beautiful baby in your arms.

America legalizes the murder of that baby every 31 seconds.

What Carr considers to be a moral abstraction — namely, abortion — is a very real and legitimate threat to human freedom and world peace precisely because it is intrinsically evil. For over four decades we have taught at least two generations that their lives were expendable, meaningless, and not worth defending. Now we see the fruits. Are we to keep treating the symptoms, or are we finally going to address cures?

Moreover, if we cannot defend the basic right to exist, precisely what moral footing does Carr expect the Catholic Church to have on questions such as racism, healthcare, the environment, or — as exemplified over the course of two decades — pedophilia within our own ranks?  If we can’t defend the right to life, what is left to defend?

The ice-cold truth is that no political party or candidate standing on a pile of dead babies can claim the moral right to scold the rest of us on questions of social justice.

Carr’s concern about wider questions of justice only seem valid to a point, but unless one agrees on the question of intrinsic evil and the destruction of innocent human life through abortion and euthanasia, then the problem of all moral questions becoming reduced to questions of power or permissibility — the proportionalism that John Paul II sought to destroy in Veritatis Splendor — remains at large.