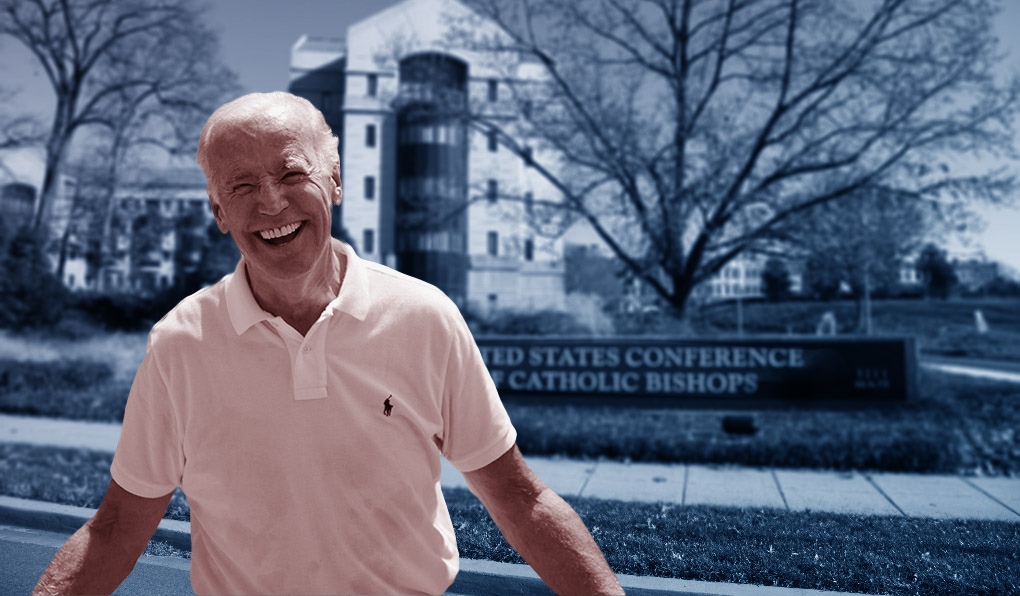 On November 7, the United States Conference of Catholic Bishops issued a press release stating in part:

“We recognize that Joseph R. Biden, Jr., has received enough votes to be elected the 46th president of the United States. We congratulate Mr. Biden and acknowledge that he joins the late President John F. Kennedy as the second United States president to profess the Catholic faith. We also congratulate Sen. Kamala D. Harris of California, who becomes the first woman ever elected as vice president.”

We were dumbfounded because it is not clear that the Biden/Harris team has actually won. And frankly, pro-abort politicians like these two should be reprimanded by the USCCB, not congratulated! The USCCB’s rush to curry favor with pro-aborts has not only saddened us, but has left us disturbed.

And it is not just us. Bishop Joseph Strickland of Tyler, Texas, tweeted: “A dark cloud has descended on this nation when the USCCB and Planned Parenthood speak in unison in support of a Biden-Harris administration that supports the slaughter of innocents by abortion for all 9 months of pregnancy.”

Yet, in the midst of this darkness, we find much light and hope in a statement Pope Benedict XVI made about episcopal conferences like the USCCB: “Bishops’ conferences . . . came into being as a practical application of the collegial affection of bishops in hierarchical communion with the successor of Peter.”

He further pointed out something that is relevant to every conference of bishops, not merely the Brazilian bishops to whom he was writing: “The Bishops’ Conference therefore coordinates the Bishops’ efforts and intentions, becoming an instrument that enables each to share his burdens; but it must not become a parallel or substitute of the ministry of each one of the bishops. In other words it must neither change its relationship with the respective particular Church or with the Episcopal College nor make itself an intermediary between the bishop and the See of Peter.”

Now-retired Bishop Joseph Martino understood that all too well. In 2008, he told an audience:

Then, as now, every Catholic bishop is a shepherd to the people of his diocese, and no organization—including the USCCB bureaucracy—can take that teaching authority away from him. While it is evident that the USCCB loves to pretend that it can do that, such is not the case.

So, for the record, let us never forget the actions of heroic priests and bishops who, unlike the USCCB, have defended the Eucharist and made it clear that pro-abortion Catholics-in-name-only—like Biden—should not receive the Eucharist.

One such priest is Fr. Robert Morey of St. Anthony Catholic Church in South Carolina. In 2019, he defended Christ by refusing the Eucharist to Biden and took it on the proverbial chin from the secular media. We said it then, and we say it now: Thank God for Fr. Morey.

It is apparent that the USCCB does not represent each individual bishop when it applauds a pro-abortion Catholic politician; it has never done so, and it never will.

As Cardinal Raymond Burke said in an interview earlier this year, any pro-abortion public figure who claims to be Catholic, including Joe Biden, is

not a Catholic in good standing and he should not approach to receive Holy Communion.

This is not a political statement, I don’t intend to get involved in recommending any candidate for office, but simply to state that a Catholic may not support abortion in any shape or form because it is one of the most grievous sins against human life, and has always been considered to be intrinsically evil and therefore to in any way support the act is a mortal sin.

That statement puts a fine point on the subject. Like many of his fellow bishops and priests, Burke defends Christ no matter what the cost. And frankly, so should each and every one of us.

The USCCB has erred. There is no such thing as Bishops for Biden, only bureaucrats for confusion.