Archbishop Gregory and the Science of Loathing

Home . Publications . Archbishop Gregory and the Science of Loathing 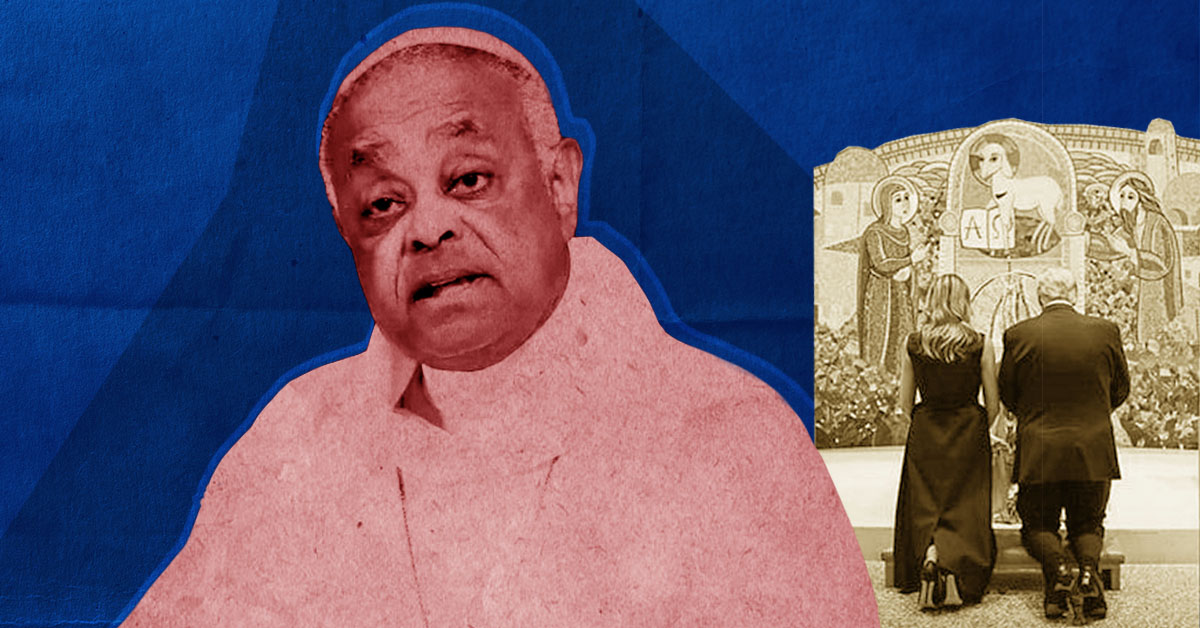 Archbishop Gregory and the Science of Loathing

According to Merriam-Webster, the history of the word ideology comes from “the French writer A.L.C. Destutt de Tracy [who] proposed it as a term to designate the ‘science of ideas,’ and in that sense the word was quickly borrowed into English. . . . Today, the word most often refers to ‘a systematic body of concepts,’ especially those of a particular group or political party.”

This makes perfect sense to those of us who understand that ideologues are individuals who are so blindly wedded to a personal opinion that they systematically lock out truth. In many cases, such people actually appear to loathe facts.

Regarding the visit, Archbishop Gregory stated:

“I find it baffling and reprehensible that any Catholic facility would allow itself to be so egregiously misused and manipulated in a fashion that violates our religious principles, which call us to defend the rights of all people even those with whom we might disagree.”

Gregory’s politically motivated public statement is of interest because, not only is he in the midst of a riot-torn city and a pandemic, but he is a shepherd of God. Yet he takes time for political ideology. Then again, this is the very same prelate who has problems defending Christ in the Eucharist. His history tells the tale.

Catholics know by faith that Christ is truly present in the Eucharist—body, blood, soul, and divinity. This is a truth.

This teaching is so fundamental to Catholicism that one would hardly consider it a debatable point. Yet doubters exist, some of whom wear the garb of a Catholic bishop. In 2004, for instance, when Cardinal Joseph Ratzinger (the future Pope Benedict XVI) issued his “Worthiness to Receive Holy Communion: General Principles” message to the United States Catholic Bishops, there were shenanigans afoot.

The Ratzinger memo arrived and was noted by then-Cardinal Theodore McCarrick and then-president of the USCCB, Bishop Wilton Gregory. But not surprisingly, both of them pretended the memo did not exist and never shared it with the gathering of bishops in Denver, Colorado, that year!

Is it any wonder that, during that meeting, the majority of bishops voted not to obey Canon 915 but rather to leave it to the discretion of each bishop in his own diocese?

Archbishop Gregory felt no compunction to defend Christ from sacrilege by urging his fellow bishops to adhere to the Ratzinger memo, and to this day he appears to have taken his obligation to defend Christ from sacrilege with a grain of salt. Otherwise, he would be at the forefront of teaching his flock and the politicians in his city that one cannot support abortion and expect to receive Christ in Communion. He would deny the Eucharist to wayward and publicly defiant Catholics like Nancy Pelosi and explain why.

But he does not; he never has.

The archbishop seems to have problems with fundamental Catholic truth on a broad range of questions, including homosexuality, and an absence of definitive actions to prove he is even pro-life!

READ >>  The Pope, a Cardinal, and Courageous Deeds

It occurs to me that Archbishop Gregory sees his role through a darkened mirror. Perhaps his view of Catholic truth and his role as shepherd have somehow been displaced by his loathing of those who do not concur with his personal politics. Who knows?

What we do know is that St. Paul himself defined the role of bishop in his letter to Titus, writing:

“For a bishop as God’s steward must be blameless, not arrogant, not irritable, not a drunkard, not aggressive, not greedy for sordid gain, but hospitable, a lover of goodness, temperate, just, holy, and self-controlled, holding fast to the true message as taught so that he will be able both to exhort with sound doctrine and to refute opponents” (Titus 1:1-9).

For every bishop, including Archbishop Gregory, these words are a job description. They are challenging but not impossible. Thus, in view of recent events, we pray that Archbishop Gregory distance himself from the science of loathing others so that he can minister to their souls. He has, according to St. Paul, an obligation to do no less.