A New Concern in ‘Pro-Life’ Legislation 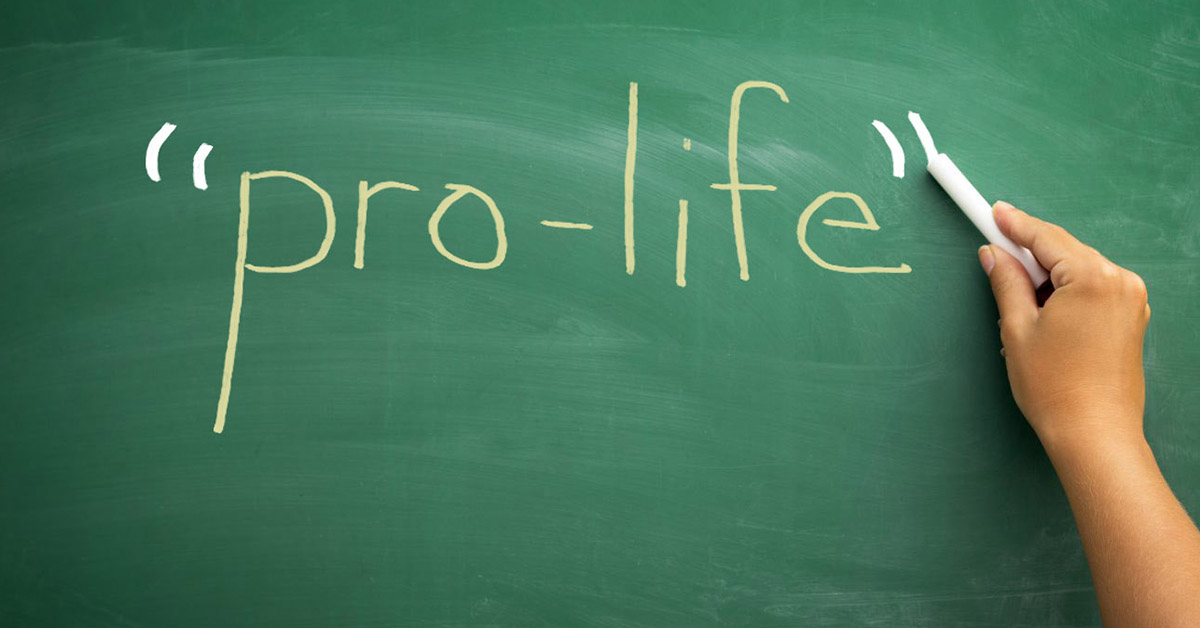 A New Concern in ‘Pro-Life’ Legislation

Back in the 1960s, before abortion was decriminalized by the United States Supreme Court, Planned Parenthood faced a problem. Its founder had secured funding and paid for the development of the oral contraceptive—the birth control pill. As the pill gained attention and FDA approval, there was a problem with how it worked. From the beginning, one of the methods of operation of the pill was to reduce the thickness of the uterine lining and not allow an already-created human being to implant—thereby killing that human being. This is, of course, an abortion. In the 1960s, abortion was illegal. So, how do you sell a product that causes an illegal action?

Planned Parenthood found the solution by changing the definition of abortion. It worked with the American College of Obstetricians and Gynecologists to change the definition. In a 1965 document, ACOG defines:

Voila! Since the pill would prevent implantation, it worked before official pregnancy began and was, therefore, not an abortion. Problem solved! The pill still killed human beings, but, officially, that was not an abortion.

Fast forward to 2019. There is a major war going on over abortion in the United States. With the current administration in Washington and the tireless work of pro-life groups across the country, the political battles against abortion are heating up. Some states (e.g., New York and Vermont) are passing laws that will make abortion available to anyone at any time during pregnancy. Other states (e.g., Missouri, Louisiana, and Alabama) are going in the opposite direction and passing laws that would restrict abortion to the first few weeks of the baby’s life. While allowing abortion at any time is a major flaw in the bills, there has been a real effort to remove rape and incest exceptions from those bills. The rape and incest exceptions have been standard for many decades, but groups such as American Life League have always objected to their inclusion—along with the unnecessary exception for “life of the mother.”

Most of these laws are straightforward. The Missouri bill, for example, outlaws abortion after eight weeks, while allowing an exception for the life of the mother. The Missouri law defines abortion as:

(a) The act of using or prescribing any instrument, device, medicine, drug, or any other means or substance with the intent to destroy the life of an embryo or fetus in his or her mother’s womb; or

(b) The intentional termination of the pregnancy of a mother by using or prescribing any instrument, device, medicine, drug, or other means or substance with an intention other than to increase the probability of a live birth or to remove a dead or dying unborn child.

All of this sounds like positive steps, but emerging in these bills is a danger as critical as when Planned Parenthood got the pill accepted by simply defining away the fact that it causes an abortion.

The definition of what-is-not-an-abortion is taking place in some of the most widely praised “pro-life” laws. For example, the Alabama law defines some killing of human beings in the womb as “not an abortion.” Among the killing so designated by the law is the termination of “the pregnancy of a woman when the unborn child has a lethal anomaly” and then it defines lethal anomaly as “a condition from which an unborn child would die after birth or shortly thereafter or be stillborn” (section 3, paragraphs 1 and 3).

In a similar way, the Louisiana law states:

“For purposes of this Section, ‘abortion’ shall not include an abortion performed when the pregnancy is diagnosed as medically futile.”

It goes on to say:

“‘Medically futile’ means that, in reasonable medical judgment, the unborn child has a profound and irremediable congenital or chromosomal anomaly that is incompatible with sustaining life after birth. This diagnosis shall be a medical judgment certified in the pregnant woman’s medical record by a reasonably prudent physician who is knowledgeable about the case and the treatment possibilities with respect to the medical conditions involved.”

We are bringing this to your attention in the hope that all of our readers will understand that it is necessary to read proposed laws to really understand what they do. In the past decades, we would always pay attention to what “exceptions” were in the bill. Now, it is clear we must also read the definition of abortion in the bill and, more specifically, what is not considered an abortion. Otherwise, we may find ourselves championing bills that will actually result in the death of many human beings.

READ >>  Let's Get the Graham-Cassidy Bill Passed and Signed

Planned Parenthood deceived the world in 1965 by having ACOG redefine conception, pregnancy, and abortion. Now it appears that pro-lifers are being deceived by laws that claim to be pro-life but that contain definitions of abortion that actually allow the killing of human beings in the womb.

Jim Sedlak is executive director of American Life League, founder of STOPP International, and host of a weekly talk program on the Radio Maria Network. He has been successfully fighting Planned Parenthood since 1985.