A Call to Action

Home . Publications . A Call to Action 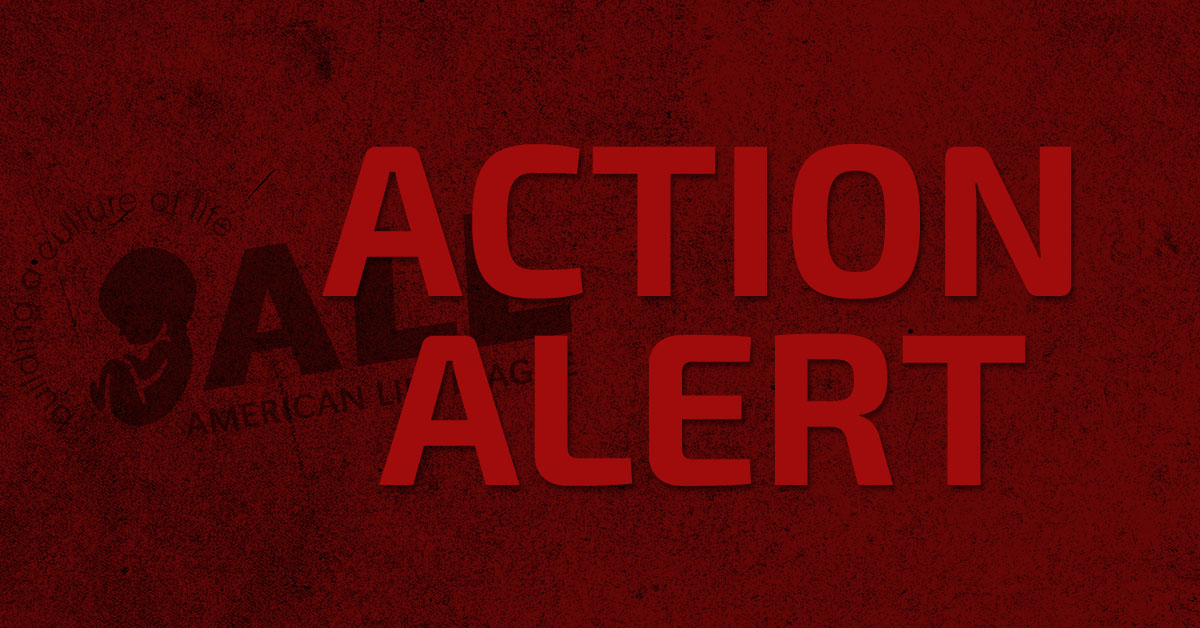 A Call to Action

On behalf of Euthanasia Prevention Coalition USA, Nancy Elliott and Sara Buscher are organizing a grassroots effort to contact key senators to stop passage of the Palliative Care and Hospice Education and Training Act—S.2080/H.R. 647. Both acts are in the Senate HELP committee.

We have learned that the Senate HELP committee has decided to report S.2080 out or include its language in a public health bill before the end of 2019. The Senate has a floor period from December 2 through the 13.

The bill would extend palliative care provided by hospice to non-dying patients, federally fund medical education for this purpose, and fund the “selling” of palliative care to the public.

Talking points to discuss with senators

1. Hospice, a palliative care program, is plagued by fraud and poor-quality care leading to serious harm and deaths, while wasting hundreds of millions to billions of federal dollars.

A federal grand jury issued a $60 million Medicare fraud indictment against Novus Health Services where patients were fraudulently billed at the highest hospice rate and nurses were directed to make patients “go bye-bye” with overdoses of drugs like morphine.1

Federal investigators found hospices enrolling patients who are not terminally ill, without their knowledge or under false pretenses, providing poor quality care, and inappropriately billing Medicare hundreds of millions of dollars.2 Eighty percent of hospices had deficiencies that pose risks to beneficiaries; 20% had deficiencies jeopardizing patients’ health and safety or substantially limiting their ability to provide adequate care.3 CMS does not have legal authority to fully disclose these dangers and fraudulent practices to the public. Id. The bill does not address this.

Nearly half of hospices are unsure they could pass a government audit because they are enrolling people who are not terminal.4 In 2016, Medicare spent $9.5 billion for hospice patients who outlived their terminal prognosis. Id.

2. The PCHETA bill could erase federal fraud recoveries because it extends eligibility for palliative care to those with a “serious or life-threatening illness,” leaving the definition to federal bureaucrats and palliative care insiders after enactment (Bill Section 904(c)(3)).

Palliative care programs are used by hospices to enroll more patients earlier,5 even if not clinically appropriate.6 Changing the rules to fit their practices will erase government fraud recoveries.

The bill provides funding for palliative care education centers like the nine created by the Center to Advance Palliative Care (CAPC).7 A doctor at Mount Carmel Health System, which houses one of these education centers, was recently charged with homicide in the deaths of 25 people by ordering outsize doses of fentanyl to be administered to them.8 At least 5 of these people could have survived with treatment according to Mount Carmel. Id. His defense is he was providing “comfort care.” Id. “Comfort care” is a euphemism for hospice and palliative care.9

3. Palliative care is often a dangerous pathway to death for people not otherwise dying who could have years to live.

Palliative care leads to the deaths of people who were not otherwise dying, typically by casually assessing people as terminal and providing them “comfort care” where they are heavily sedated, overdosed on pain killers, and denied food and water so the prognosis becomes self-fulfilling.

Clinical practices in palliative medicine regularly result in shortening lives.10 In one study, 39% of physicians and nurses said they intended to shorten lives with drugs and treatment withdrawals.11 A survey of over 800 hospice and palliative care physicians revealed 45% would sedate patients who were not actively dying to unconsciousness and then withhold food and fluids until they died, as a “best practice.”12 One-fourth of them said it did not matter how long the patient had to live. Id.

These practices are so prevalent that they were described by the Washington Post in a 2014 series,13 identified as a serious problem by Duke University professor Farr Curlin, MD, in 2015,14 and identified as a patient safety problem by the Agency for Healthcare Research and Quality in 2017.15

4. The bill’s ban (Section 5) on using the Act’s funds for education about and promotion of assisted suicide, euthanasia, and mercy killing (42 USC 14401, et al.) and added language in the Senate bill will not stop the abuse and hastened deaths of people enrolled in hospice and palliative care.

Until dangerous and unsafe palliative and hospice care can be identified in time to protect patients, the federal government should not be promoting it.

We plan to send letters to all the key senators on Monday, December 2.

We propose that everyone start contacting key senators on Tuesday, December 3.

Each senator is typically tallying the messages he/she receives on each side of each issue. The purpose of these e-mails/calls is to get a tally against the bill recorded.

We are asking you to call or e-mail the following senators, especially Senators Alexander, Cassidy, Enzi, Paul, and Capito.

Their contact information follows, and after that we have provided a sample e-mail and a sample phone call script.

From the list above, find the e-mail address of the senator’s healthcare staff.

Address the e-mail to this person.

Copy and paste the message below and modify it to include a personal story about how this issue would affect your life:

I am writing to ask you to oppose S. 2080, the Palliative Care and Hospice Education and Training Act and its House counterpart, H.R. 647, in the Senate Committee on Health, Education, Labor, and Pensions where the bills are waiting for a vote.

I ask you to oppose this legislation because:

The bill could erase hundreds of millions of dollars in Medicare fraud recoveries by leaving the definition of “serious or life-threatening illness” until after enactment.

Palliative care is often a dangerous path to death for people not otherwise dying who could have years to live. The bill’s protective provisions in Section 5 will not stop the abuse and hastened deaths of people enrolled in hospice and palliative care. The first protection is not enforced because the federal agency authorized to do so does not have the necessary data; the second protection (S. 2080 only) applies to the furnishing of care under the Act, but the Act funds education, research, and public information, not the furnishing of care.

OPTIONAL: Copy and paste Euthanasia Prevention Coalition USA’s Talking Points from above. Add your own experiences or concerns.

Thank you for your time.

You can expect to get a form response or even no response, but know that each senator is typically tallying the messages he/she receives on each side of each issue.

You can reach each senator’s office by calling the number we provided. A staff member in the senator’s office will probably pick up the phone. Your conversation will go something like this:

Senator’s office. How can I help you?

You: Hi, I am calling to ask Senator ________ to oppose S. 2080 and H.R. 647, two versions of the Palliative Care and Hospice Education and Training Act and oppose them in the Senate Committee on Health, Education, Labor, and Pensions where the bills are waiting for a vote.

Then say just one sentence about how this issue affects your life to show the staffer that the issue means something to you.

You could offer your own experience or just pick one of the two reasons below.

I ask you to oppose this legislation because:

The bill could erase hundreds of millions of dollars in Medicare fraud recoveries by leaving the definition of “serious or life-threatening illness” until after enactment.

Palliative care is often a dangerous path to death for people not otherwise dying who could have years to live. The bill’s protective provisions in Section 5 will not stop the abuse and hastened deaths of people enrolled in hospice and palliative care.

When the staffer asks for your name and address, provide them so your call is counted.

Then say Thank you for your time, and you’ll be done!

Your goal is to be counted, so a quick and courteous call like this is all it takes. If you get voicemail, leave your name and address in your message.

Thank you for taking the time to give a voice to some of the most vulnerable among us.

5. hospicenews.com/2019/05/14/study-71-of-u-s-adults-have-never-heard-of-palliative-care calling palliative care a loss leader for hospice providers. A loss leader is a service sold below cost to attract customers who will then buy more profitable services. businessdictionary.com/definition/loss-leader.html

12. Plots created by Sahr N, Ph.D from data reported on in Maiser S et al., A Survey of Hospice and Palliative Care Clinicians’ Experiences and Attitudes Regarding the Use of Palliative Sedation, J Pall Med 2017 Sep;20(9):915-92.

14. Farr A. Curlin, M.D., Hospice and Palliative Medicine’s Attempt at an Art of Dying, chapter 4 in Dying in the Twenty-First Century, edited by Lydia Dugdale, MD, MIT Press 2015 at pages 47-8.