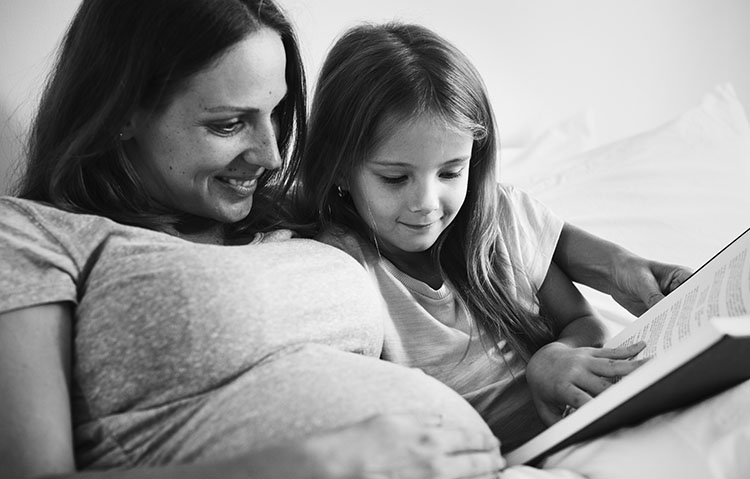 Throughout history, women have worked tirelessly for equal rights in education, the family, politics, and in society. Feminists today are known for their staunch support of abortion and anti-life policies, but that was not always the case. Early feminists decried the violence of abortion and understood how badly abortion hurts women. Below are some of the most influential women in the pro-life movement, past and present. Take some time to learn about these strong pro-life women and how they stood and continue to stand up in defense of the human person.

Susan B. Anthony is best known for her work in seeking women’s equality and the right to vote. What most feminists don’t like to remember is that Anthony also had strong pro-life leanings. Her paper, The Revolution, refused to publish any advertisements that featured abortifacients and strongly condemned abortion as an evil against women. Although Anthony herself rarely mentioned abortion, her speeches and letters always grouped abortion with other social evils. As a Quaker, Susan B. Anthony strongly opposed all acts of violence against women and knew that a woman’s ability to give life was a great gift. Early feminists were able to recognize the need for society to support mothers and their children instead of condemning motherhood as a curse.

Susan B. Anthony’s friend and co-conspirator Elizabeth Cady Stanton was another early feminist who recognized the life of every human being as an incredible gift. As an abolitionist, Stanton understood that every human being, even those marginalized and abused by society, deserved dignity and respect. Stanton was a loving mother of seven children and staunchly supported the right of women to vote and to be treated equally in society. Even though Stanton was a firm believer in a woman’s right to work and to own property, she always put her children first, refusing appearances at conventions and meetings in order to care for them while her husband traveled.

The first women doctors in America were also strong advocates for women, not only in society and politics, but also in the home. Even in the late 1800s, Dr. Elizabeth Blackwell, the first woman to earn a medical degree, understood the precious gift of the life of a new person so small that scientists can only see him with a microscope:

Look at the first faint gleam of life, the life of the embryo, the commencement of human existence. We see a tiny cell, so small it may be easily overlooked. . . . It is a living cell; it contains a power progressive growth. . . . Leave it in its natural home, tended by the rich life of the healthy maternal organism, and it will grow steadily into the human type; in no other by any possibility.

Already a staunch supporter of women’s rights in society, Blackwell was impassioned and infuriated by an article that described the well-known abortionist Madame Restell as a “female physician.” Blackwell turned her passions toward medicine in hopes of improving conditions for women and mothers. Blackwell’s sister Emily became the second female physician and together they opened a clinic in New York.

Alice Paul was a strong woman who worked for the women’s right to vote. Like other Quakers, Paul was brought up to understand that men and women are equal. Exposed at an early age to the suffragette movement, Paul devoted her life to working for women’s rights. Although Paul is often praised by modern day feminists for her work with women’s equality, it is important to remember that she was pro-life as well. Appalled at “women’s liberation” groups who attempted to link abortion with other women’s rights, she stated, “Abortion is the ultimate exploitation of women.” Abortion is a violence against women that not only causes women great harm emotionally and physically, but that involves women in the murder of their children—a status that they must live with for the rest of their lives.

Social activist Dorothy Day was no stranger to the pain of abortion. While training to become a nurse so that she could help end the human suffering of World War I, Day obtained an abortion, hoping that it would repair her relationship with the baby’s father. Instead, Day was abandoned and left to believe that she was unable to have the children that she desperately wanted. Several years later, Day became pregnant and gave birth to her daughter, Tamar, whom she had baptized in the Catholic Church, despite her non-Catholic upbringing. Day was later received into the Church. For Dorothy Day, motherhood was the greatest joy she experienced.

As cofounder of the Catholic Worker Movement, Dorothy Day dedicated her life to helping the poor and the outcasts of society.

Born during a time of intense racism and prejudice against the African American population, Dr. Mildred Fay Jefferson overcame many odds in order to become the first black woman to graduate from Harvard Medical School. Her determination and concern for others led her to the pro-life movement. Driven by her patriotism and faith in God, Dr. Jefferson worked to protect babies from abortion. Helping to found the National Right to Life Committee, Dr. Jefferson was a leading member of the pro-life movement for many years, influencing other pro-life leaders. Always committed to the fight for life, Dr. Jefferson testified several times before Congress, using her medical expertise in defense of the preborn child. Dr. Jefferson’s life is an example to all pro-life people and shows that no matter what obstacles society puts in our way, we have the duty to protect all human beings from creation until death and to create a future in the culture of life.

“I became a physician in order to help save lives . . . and I am not willing to stand aside and allow this concept of expendable human lives to turn this great land of ours into just another exclusive reservation where only the perfect, the privileged, and the planned have the right to live.” — Dr. Mildred Fay Jefferson

For further information on Dr. Jefferson, watch this video by National Right to Life. In addition, CLSP has created a wonderful short lesson on her life that will open avenues of discussion between you and your children.

Judie Brown’s involvement with the pro-life movement started after she heard a sermon on abortion laws that were going to be passed in her state. Judie and her husband Paul were so moved that they started taking pro-life education to the streets and cofounded American Life League in 1979. Over the past several decades, ALL has grown from an organization run from Brown’s kitchen table to the largest grassroots Catholic pro-life education organization in the United States. In 1996, Judie Brown was invited to become a member of the Pontifical Academy for Life where she served for 15 years. Throughout her many years in pro-life ministry, Judie has developed a reputation for defending the life of every human being without compromise or exception.

Dr. Alveda King’s involvement in the pro-life movement was a natural segue from her childhood spent in the civil rights movement with her father, Rev. A.D. King, and her uncle, Dr. Martin Luther King Jr.  During the height of the civil rights movement, Dr. King’s family house was bombed and she herself spent time in jail. Today, Dr. King joins Priests for Life as the director of African American Outreach. Dr. King uses her voice and past experience to raise awareness about the horrors of abortion and why we need to stand up for preborn babies.

Not every staunch pro-life woman started out pro-life. Abby Johnson was the director of a Planned Parenthood clinic in Texas when she was asked to assist with an ultrasound guided abortion. When she saw an innocent preborn baby die before her very eyes, she knew she had to change. Today, Abby runs And Then There Were None, an organization dedicated to helping abortion clinic workers leave their employment in safety.

What all these women have in common is their passion to help other women. Women know how to take care of women. Without these great ladies paving the way for women’s rights in society, we would not enjoy the same freedoms and opportunities as we do now. Most importantly, women need to stand together to help society understand how abortion undermines the feminine genius.

This article has been reprinted with permission and can be found at cultureoflifestudies.com/blog/celebrating-pro-life-women/#.XO2I5chKjIU.